Control which traffic gets sent over the VPN

VPN split tunneling allows you to send some of your internet traffic through a VPN connection while other traffic maintains direct access to the internet.

Why do I need split tunneling?

When connected to a VPN on ordinary routers, all internet traffic from all devices will be sent through the encrypted VPN tunnel.

That's great for protecting your data from hackers and ensuring your privacy online - but it can also cause a lot of issues:

With Vilfo, you can get the best of both worlds. Vilfo supports split tunneling, which means you can: 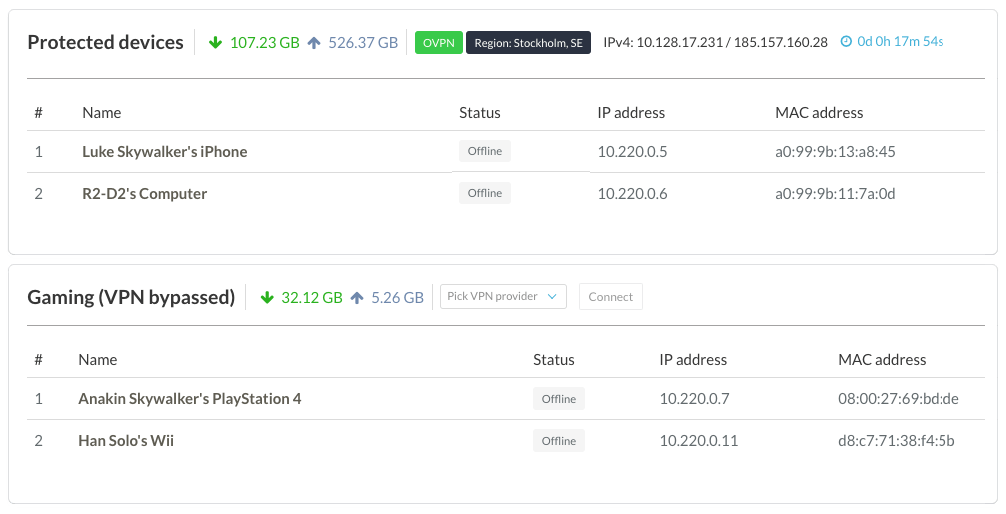 Decide which devices should be protected

Vilfo's group feature allow you to decide exactly which devices should be protected and which shouldn't.

Let some devices be connected to a VPN server and some access the internet directly. You decide - Vilfo delivers the split tunneling.

Some websites rigorously block IP addresses that VPN providers use.

This requires you to disconnect from your VPN provider just to access those websites, meaning all other traffic is also left unprotected.

Vilfo offers a better solution. Decide exactly which websites should be unprotected - while still protecting everything else. 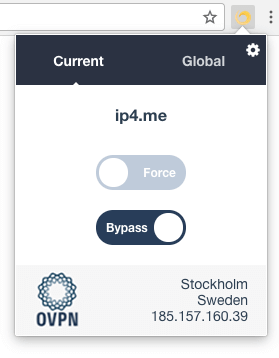 Keep your devices connected to a VPN server, but send all traffic that goes to certain ports over your ordinary connection.

Perfect if you play computer games and don't want to play with increased latency and lag - but still want to protect all other internet traffic.

Besides being able to bypass the VPN for some devices, Vilfo's group feature allow you to be connected to ten different VPN servers - simultaneously.

Let some devices be connected to one country, and some to another. You decide - Vilfo delivers.